High blood pressure is unfortunately something that most people have to deal with as they age. This is especially true for the average person in the western part of the world. The national average for high blood pressure is approximately 24% in the United States with most other Western countries within proximity of that number.

Medication is the most frequent form of treatment outside of individual lifestyle choices. However, there are a wide variety of drug types used to treat high blood pressure, and they each approach the problem uniquely. A physician will prescribe the type of drug best suited for the needs of the individual patient.

A diuretic is a medication that reduces the amount of water and sodium in the blood. The reduction in water helps to reduce the overall pressure on the walls of the blood vessels and as a result, lower the overall blood pressure. A diuretic is usually prescribed in addition to another type of medication as opposed to being used as a sole treatment by itself. Diuretics are often called water pills and the physician may refer to them as such.

Angiotensin-converting enzyme inhibitors, or ACE Inhibitors, as they are commonly known helped to reduce blood pressure by preventing the hormone Angiotensin II from forming. Angiontensin II normally constricts the blood vessels as well as acting on the brain to increase the need for salt and hydration.

Angiontensin antagonists target the same hormone as ACE inhibitors, described above. However, rather than inhibiting the production of Angiotensin II, it blocks its effect on the cells of the heart and blood vessels. These medications are also referred to as ARB’s, which stands for angiotensin receptor blockers. This is a newer type of medication that helps to modulate the renin-angiotensin system which has a big role in maintaining the body’s overall blood pressure and the volume of blood in the body.

This class of medications reduces the overall level of calcium in the heart which in turn reduces blood pressure since the level of calcium dictates the force with which the heart pumps blood. Individuals with a weak heart (cardiomyopathy) are advised to not take a calcium channel blocker.

The Alpha-Beta class of drugs combines the effects of both the Alpha-blockers and the Beta-blockers, and thereby bring about lower blood pressure. See the descriptions for both to understand how they work.

Nervous system inhibitors work at the level of the brain as opposed to the circulatory system. Essentially this class of drugs reduces the nerve impulses sent to the blood vessels thereby allowing them to be more relaxed which results in lower blood pressure.

A vasodilator works similarly to many of the other drugs by relaxing the blood vessels and as a result lowering blood vessels. However, these medicines do not target the hormones or the heart directly. There is a large variety of these types of drugs, and they act in different ways. 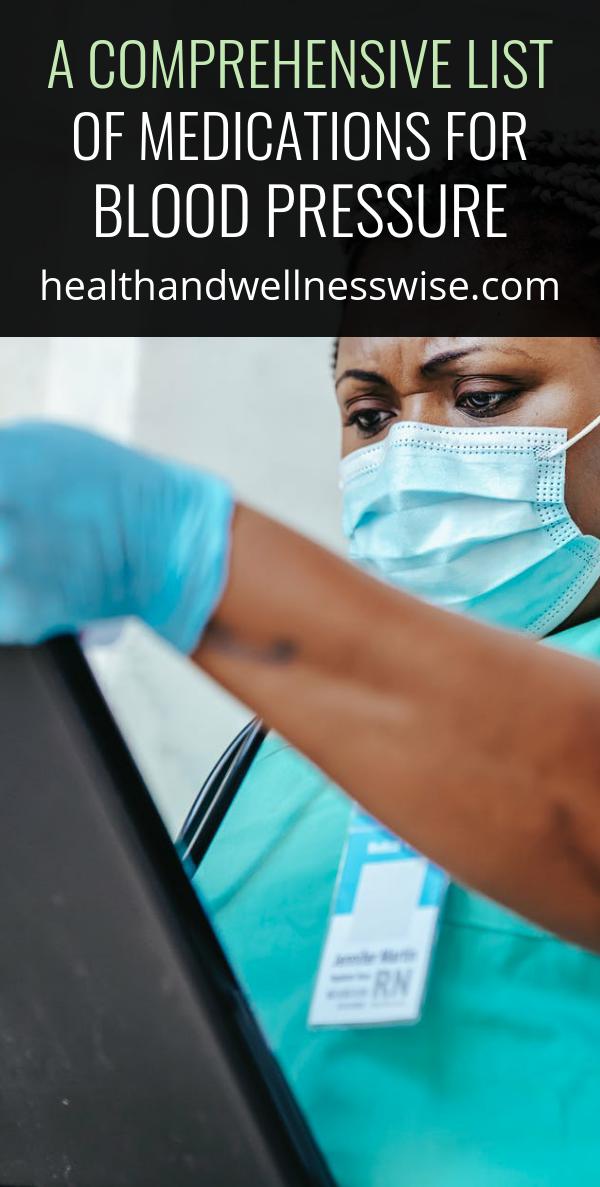